Chekhov was a master of the short story. Two friends are debating over which is better, to be executed by the state or to spend a lifetime in prison. 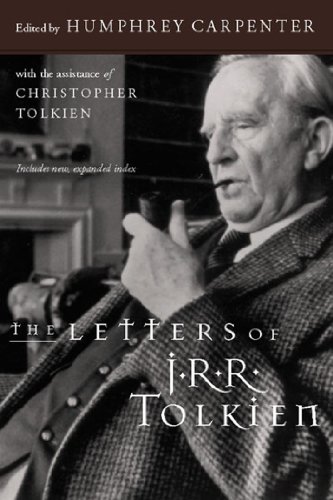 Coat explores one of the newest animated shows to come out of Cartoon Network, featuring magical Crystal Gems and topics not often explored in animated family shows.

In this list, Mr. Coat rounds down the movies that least impressed him last year, including unfunny sequels and a not-so-animated return to the Land of Oz.

Coat sees what went wrong with the infamous musical flop Doctor Dolittle, wonders why it got nominated for Best Picture and explains how it made George Lucas a millionaire. Coat talks about the unusual so-called "special edition" DVD of the first Harry Potter movie, which was focused more on mini-games than actual content.

Coat remembers when popular animated shows were turned into movies on a regular basis and names the ones that weren't simply longer episodes.

Coat counts down his favourite movies from the last year, ranging from mathematical biopics to giant monsters. Coat looks at some of the adventures in advertising taken by Flo the official spokeswoman for Progressive Insurance and why she's one of the best company mascots.

Coat gives his thoughts on the direction they should take and the actors he would like to see in the roles. Coat checks out the feature films of a short-lived animation studio that brought us such "inventive" titles as Valiant and Space Chimps. Coat predicts what will win at this year's Academy Awards.

Will the 12 years of Boyhood impress enough to win Best Picture? He ponders those questions. Coat looks at the movie musical that almost killed off the genre in Hollywood, Camelot, featuring a Dumbledore who can't sing and a Frenchman with an Italian accent. Coat defends last January's infamous animated feature The Nut Job and why its wacky hijinks and crazy park animals are worthy successors to classic Looney Tunes.

Coat spotlights one of the best YouTube channels, as he explains why Maria and Fafa of "Glove and Boots" are such brilliant characters. Coat presents his annual retrospective of the year's animated features, with bringing us talking LEGO, Brazilian birds, a British postman and Marvel superheroes.

Coat looks into the rest of Dana Carvey's filmography, the part that lacks Mike Myers and Turtle Clubs, as he reviews his three big starring roles in the s. Coat travels to the savanna to look at Nickelodeon's The Wild Thornberrys, which has a family with a girl who can talk to animals Coat concludes Animaniacs Month with a look at the brief number of appearances from the show's most controversial character Minerva Mink.

Coat counts down the best tunes created by the Animaniacs songwriting team, ranging from hilarious to educational. Coat continues Animaniacs Month with some of the finest and funniest moments of retired cartoon star Slappy Squirrel's career.

Coat begins Animaniacs Month by explaining why their finale movie Wakko's Wish was a hilarious and touching way to cap off the landmark animated series. Coat remembers when famed Japanese animator Hayao Miyazaki had made the retirement announcement before, originally with the beautiful and imaginative Princess Mononoke.

Coat counts down the best examples of CG Character Animation he's seen, whether they're pushing the artform or proving the medium can be as endearing as hand-drawn.

Coat examines the infamous animated disaster Foodfight and wonders whether this product of confusing budgets and stolen footage is really the worst piece of animation ever produced. Coat pays tribute to the artwork of Disney Legend Mary Blair, whose unique style was heavily used in classics like Alice in Wonderland and it's a small world.

$ , was released by the government to the public due to UN collaboration and end-of-year donation the sum of $ 50, was sent to each card It is advisable that you contact us now to receive.

May 9th, – SALUTE TO RADIO MONTH – PART 2. PROGRAM 2: LIGHTS OUT () “The Coffin in Studio B” by Wyllis Cooper. A story within a story offering a look at the behind-the-scenes of radio broadcasting. Bowes and Church's Food Values of Portions Commonly Used, Text and CD-ROM Package, Jean A. Pennington, Judith S.

Spungen As You Like It (the New Hudson Shakespeare), William Shakespeare Sndwich Gigante, Lynn George The Ultimate US National Parks Collection. Smaug (/ s m aʊ ɡ /) is a dragon in J. R. R. Tolkien's novel The initiativeblog.com is a powerful and fearsome dragon that invaded the Dwarf kingdom of Erebor years prior to the events described in the novel.

A group of thirteen dwarves mounted a quest to take the kingdom back, aided by the wizard Gandalf and the hobbit Bilbo initiativeblog.com is described as "a most specially greedy, strong and.

CHARACTER KEY TO THE DULUOZ LEGEND